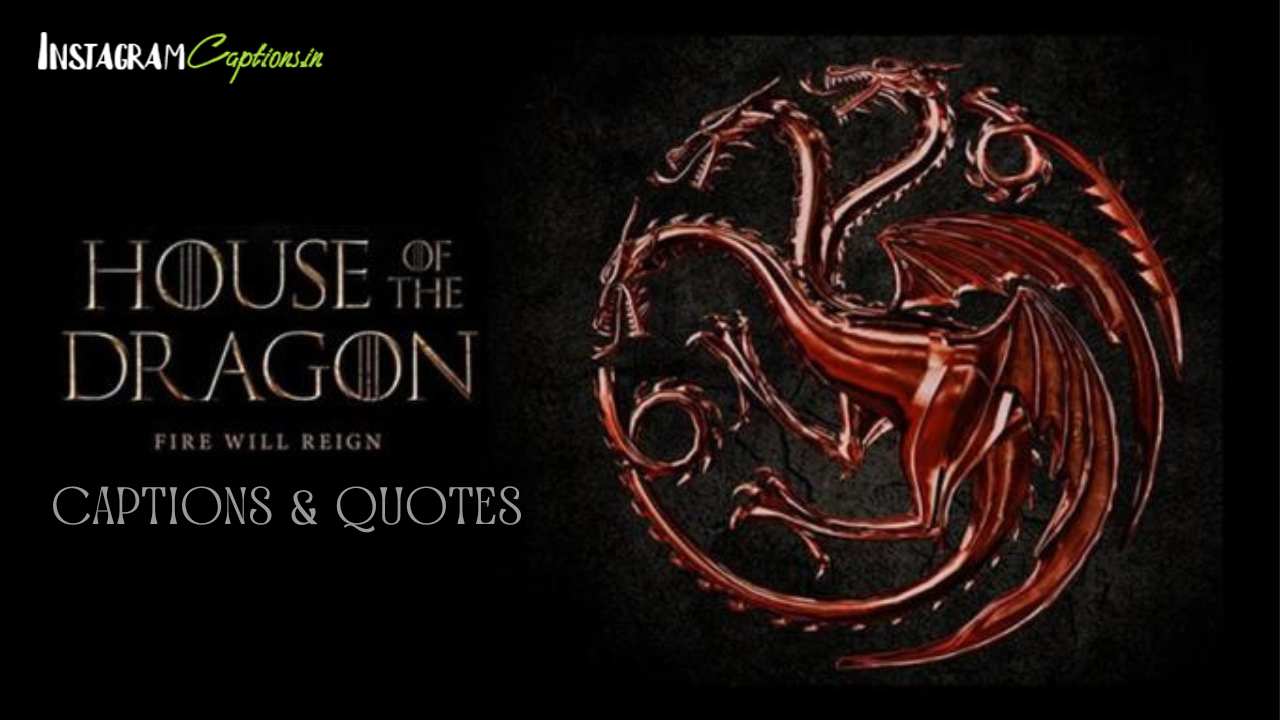 HBO’s series ‘House of the Dragon’ is based on the book ‘Fire and Blood’ by George R.R. Martin, which depicts the history of the House of Targaryen. The story takes place 200 years before the events of ‘Game of Thrones’ that captivated audiences around the world.

Here you’ll find the some of best quotes by the House of Targaryen (House of the Dragon Quotes), which you can also use as a caption for your Instagram Captions.

House of the Dragon Quotes

“Bad humor of the mind can adversely affect the body.”

“The gods give just as the gods take away.” – Daemon Targaryen

“The blood of the dragon runs thick.” – Daemon Targaryen

“The road ahead is uncertain but the end is clear.” – Viserys Targaryen

“When I am queen. I will create a new order.” – Rhaenyra Targaryen

“Now they see you as you are.” – Rhaenyra Targaryen

“I will never be a son.” – Rhaenyra Targaryen

“I’d rather serve as a knight and ride to battle and glory.” – Rhaenrya Targaryen

“I hope for my father that he gets a son. As long as I can recall, it’s all he’s wanted.” – Rhaenyra Targaryen

“The only thing that could tear down the House of the Dragon was itself.” – Rhaenrya Targaryen

“Tongues will not change the succession. Let them wag.” – Rhaenyra Targaryen

“History does not remember the blood. It remembers names.” – Corlys Velaryon

“What is this brief mortal life if not the pursuit of legacy?” – Corlys Velaryon

“The gods have yet to make a man who lacks the patience for absolute power.” – Otto Hightower

“We have royal wombs, you and I. The childbed is our battlefield. We must learn to face it with a stiff lip. ” – Aemma Targaryen

“Born wearing a crown? Gods spare me, birth is unpleasant enough as it is.” – Aemma Targaryen

“Men would sooner put the realm to the torch than see a woman ascend the iron throne.” – Rhaenys Velaryon

“A dragon’s saddle is one thing, but the iron throne is the most dangerous seat in the realm.” – Viserys Targaryen

Welcome to my Captions Blog!

I'm Saqlain, an Indian blogger who loves finding or creating captions for Instagram. With this blog, my goal is to provide you best & aesthetic captions and marketing tips for your Instagram.